(By Emily Jones, CBN) Evangelist Greg Laurie has been forced to take down a series of billboards depicting him holding a… 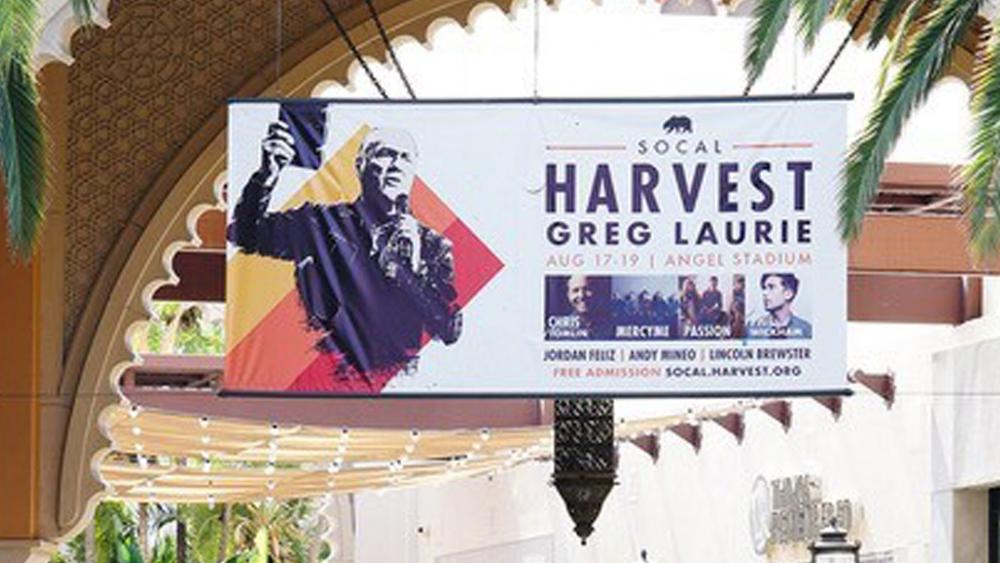 (By Emily Jones, CBN) Evangelist Greg Laurie has been forced to take down a series of billboards depicting him holding a Bible, advertising his upcoming “Harvest” outreach. The ads had been posted at a popular mall in Southern California.

Laurie and Harvest Crusade contracted Irvine Company, a real estate company in Southern California, to advertise the upcoming SoCal Harvest. The event will be held August 17-19 at Angel Stadium and is expected to draw tens of thousands of people. The company agreed to post large billboards promoting the crusade at Fashion Island, a prestigious outdoor mall in the center of Orange County.

However, after claiming the religious imagery on the ads provoked multiple complaints, including a “serious threat,” the Irvine Company reportedly mandated the billboards be modified. Harvest complied with the request and resubmitted new ad artwork without the image of the Bible. Ultimately, however, the changes were not enough to resolve the situation as the Irvine Company decided to completely remove all the advertisements and billboards for the crusade.

“There was nothing overtly religious about it,” John Collins, Harvest Executive Director told CBN News.

The Bible depicted in Laurie’s hand did not have a cross, religious symbols, or even the word “Bible” on it. 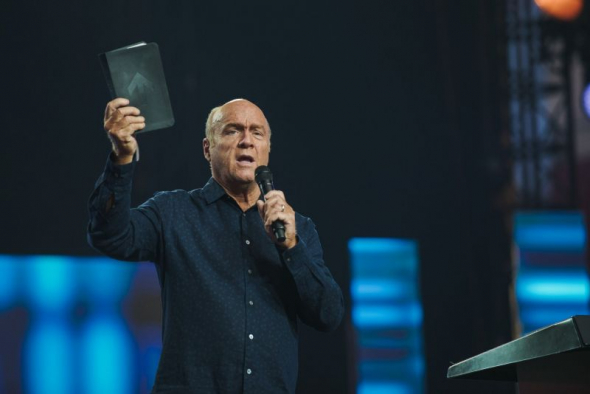 “We changed it to a more simplified ad that simply said ‘Harvest,’ giving the dates and some of the musical artists that are going to be with us. Then they came back and said they just wanted the ads completely removed and they refunded us,” he explained.

CBN News attempted to contact Irvine Company officials for comment on this story, but did not receive a response back prior to publication. However, the contract between the business and Laurie reads, “Management reserves the right to not display any materials that could be constructed as vulgar or offensive.”

“We’re certainly not upset with The Irvine Company. Obviously, they’re catching heat for allowing us to run these ads. We feel it is just unfortunate that people are complaining,” he emphasized. “It’s sad that our culture is at this degree of intolerance…There’s such intolerance against Christianity that we aren’t allowed to state that or to publicly advertise this event. That’s amazing.”

Collins says the billboards were simply meant to invite people far and wide to an event that could change their lives. This year is the 29th anniversary of SoCal Harvest, making it the longest-running large-scale evangelistic event in America’s history.

This year, the SoCal Harvest team will be holding food drives for needy people at home and abroad.

“There’s many positive things that occur throughout the weekend and we’re just mystified that we can’t advertise this event,” Collins said.

This article original appeared at www.cbn.com