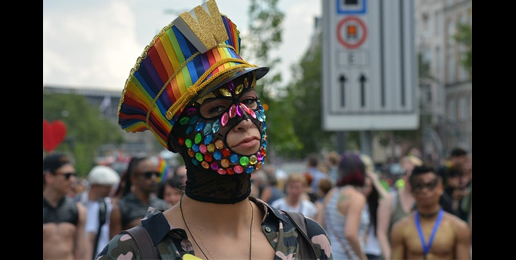 The following article was written by our friend Peter Heck

In a famous 1926 essay detailing the lamentable revolt modern man was making against the realities of God’s natural and moral order, famous philosopher and theologian G.K. Chesterton observed how utterly chaotic and foolishly untethered society was becoming.

For instance, while the Declaration of Independence affirmed in 1776 the existence of self-evident truth (truth that was true whether you liked it, knew it, wanted it or not), modern man was rejecting it. Chesterton quipped,

Given that the infamous Scopes Monkey Trial had occurred the year before, it is hardly surprising that Chesterton would bring up that particular example of man’s arrogant ignorance in purporting to have intellectually surpassed the revelations of his divine Creator.

But it makes me wonder what Chesterton would think now that we live in an era where men are given lifetime courage awards for dressing up like women, where sexual attractions are considered fixed biological realities but biological sexual organs are considered a social construct, where official documents offer up to 50 different gender identities?

“And then the gospel baptizes us into an alternate reality, new creation, in which there is no Jew and Greek, slave and free, male and female.”

As though becoming a new creation in Christ is to be interpreted as canceling out or ignoring God given reality. This is such stunning Biblical incoherence it is hard to imagine any serious mind affirming it. And then, professing Christian thinker and activist Brian D. McLaren – one of the godfathers of the “emerging church” movement did just that:

“Do they (The Gospel Coalition and Brett McCracken) understand that their ancestors would have said ‘enslaver and enslaved?’ Great response, Daniel Kirk.”

If there was any question why the “emerging church” failed so miserably amongst the portion of our population that was Biblically coherent, this should answer it. McLaren, again a professing Christian thinker, suggests that affirming God’s created moral order is akin to celebrating slavery.

When I read that, I immediately thought of G.K. Chesterton and his lament regarding the mindlessness of godless man. What would he think today? I went back and read that short essay of his and got my answer:

“We shall soon be in a world in which a man may be howled down for saying that two and two make four, in which furious party cries will be raised against anybody who says that cows have horns, in which people will persecute the heresy of calling a triangle a three-sided figure, and hang a man for maddening a mob with the news that grass is green.”

What a prophetic voice. After all, while you may still get away with calling a triangle three-sided, you won’t be so lucky if you call a man a man or a woman a woman.

This article was originally published at TheMaven.net