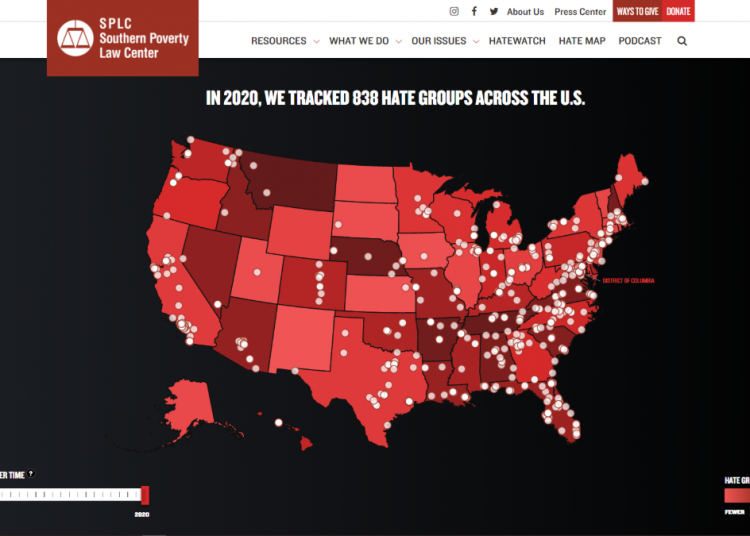 The Southern Poverty Law Center (SPLC) published yesterday a multi-faceted report entitled, “The Year in Hate and Extremism 2020,” which critics say is just one more manifestation of how stilted and ideologically driven the organization has become over the years.

As noted by Catholic News Agency (CNA), the report, among other things, includes an update to SPLC’s infamous “Hate Map,” which CNA notes originally “list[ed] organizations such as the Ku Klux Klan and neo-Nazis,” but “[m]ore recently, however, it has also included pro-life and pro-traditional marriage Christian organizations as “anti-LGBTQ hate groups.” For 2020, the 838 organizations SPLC says were tracked as “hate groups” included the Ruth Institute, Alliance Defending Freedom (ADF), Family Research Council, many small Christian churches, and the International Organization for the Family (IOF), which publishes iFamNews. – More –