“You must accept my lifestyle because I was born this way.”  Such logic is common in a postmodern culture where… 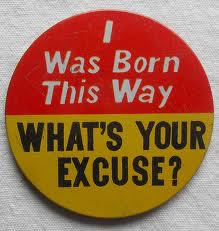 “You must accept my lifestyle because I was born this way.”  Such logic is common in a postmodern culture where truth is relative and morality has been disconnected from moral behaviors.  While this may sound like an excuse for the “gay” agenda because it uses the same arguments and creates the same-slippery slope, the new tolerance may be headed toward the normalization of pedophilia.  A scientist, psychologist, and homosexual activist working for CNN explains why we should begin to sympathize with people born with a sexual orientation toward children.  The path these defenders are taking is one we’ve seen not that long ago.