It is offensive to many to hear the constant mantra that undefining marriage is about equality.  After all, same-sex marriage… 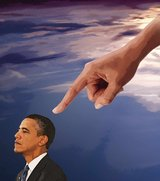 It is offensive to many to hear the constant mantra that undefining marriage is about equality.  After all, same-sex marriage has nothing to do with equality because men and women are not the same.  If they were, an equality argument could be made because two men would be the same as a man and a woman; therefore having both sexes in marriage would be irrelevant and mere preference.  In other words “a + a = a, but a + b = c, with  “c” being something unique from bringing together the two sexes, rather than just a carbon copy of itself like “a” as two males or two females.  Gender matters.   Far more offensive is the notion that any person, president or otherwise can “evolve” beyond God’s wisdom for the family to claim that two men are to be deemed the same as a mom and a dad.   Columnist Robert Knight looks at the political ramifications of a leader taking an eraser to the Bible.