There is a book you now sweeping through pop culture presented as a simply a women’s fantasy novel.  Some commentators… 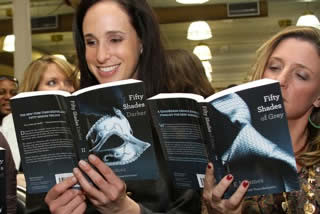 There is a book you now sweeping through pop culture presented as a simply a women’s fantasy novel.  Some commentators have laughed at 50 Shades of Grey others simply promote it as entertainment.  In our sex-crazed culture, in which moral discernment is sorely lacking, many people may be drawn to a smutty book which some present as little more than a steamy romance movie in print. The following is an anonymous letter we received from a woman warning others that this book is not merely an off-color joke.  It poses a serious danger to women.  Read her story here: http://www.afain.net/not-just-a-mans-battle/