“In Generation Unbound, the Brookings Institution’s Isabel Sawhill regretfully says she no longer believes reviving marriage is possible for the… 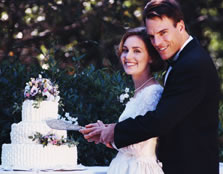 “In Generation Unbound, the Brookings Institution’s Isabel Sawhill regretfully says she no longer believes reviving marriage is possible for the less-educated two-thirds of America. The old marriage norm should be replaced with a new social script: It is wrong to have children that are unplanned. “The old norm was ‘don’t have a child outside of marriage.’ The new norm should be ‘don’t have a child before you want one and are ready to parent.’” How would a young adult know whether he or she is “ready”? Like Cherlin, Sawhill retreats to the idea of “commitment”: “For most people it means completing their education, having a steady job, and having a committed partner.”

Here’s my problem with this nice-sounding new script: I think the majority of young people who have children outside marriage are already doing that, to the best of their limited youthful abilities. Read More Here: http://www.nationalreview.com/article/396536/why-stick-marriage-maggie-gallagher