One of the most controversial rock stars of the 1970’s, Alice Cooper was a shock rocker, though not without talent. … 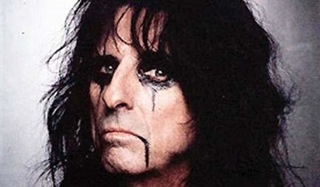 One of the most controversial rock stars of the 1970’s, Alice Cooper was a shock rocker, though not without talent.  Many of his fans followed the make-up wearing hard rock singer for his dark, demonic side, and stage act, which even included a song about dead babies. Yet, they were surprised with his two pop love songs ballads, “How You Gonna See Me Now” (which stemmed from an alcohol rehab stint) and “You and Me,” both of which are about a man’s love for his wife.  There sometimes seemed to be two-sides to the hard rock singer.

Alice grew up in a Christian home and surely gave his parents a lot of heartache. Many parents and grandparents reading this may worry about a lost or wayward child.  That is why we encourage you to read this article, even if you have no clue, or don’t care who Cooper was . . . the seeds planted in him when he was young, could not be repressed by his lifestyle.    Read more here: http://www.cnsnews.com/blog/michael-w-chapman/alice-cooper-christian-world-belongs-satan