As the 2012 Indiana General Assembly wound down, a movement occurred in which $80 million of your tax dollars was… 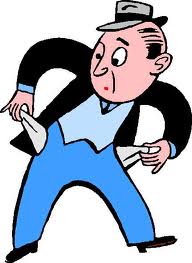 As the 2012 Indiana General Assembly wound down, a movement occurred in which $80 million of your tax dollars was poured into a popular educational trend known as Full Day Kindergarten.  Governor Daniels and many legislators sang their praises for “fully funding” FDK for one year.    However, is this major expenditure really a good use of public funds?  Will it be a wise investment that improves the academic achievements of Hoosier children?  Politicians (and some in the media who love all forms of government spending and expansion) say “yes,” without any hesitation.  Yet, longitudinal studies of FDK indicate that it may be a giant misuse of our taxes.   Read an AFA previous editorial on this topic here: Full-Day Kindergarten’s Benefits Not So Evident