Contrary to popular perception, the search for a “gay” gene has always come up empty handed.  In spite of such… 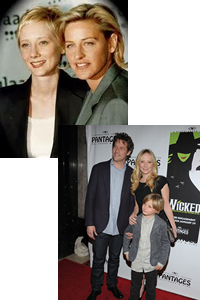 Contrary to popular perception, the search for a “gay” gene has always come up empty handed.  In spite of such a notion being opposed to evolutionary theory (why would a “gay” gene ever be passed along?) and opposed to creation theory many people have bought into the idea of people being “born gay.”  Here is a flyer from PFOX, Parents and Friends of Ex-Gays that you may want to print out and keep as a resource for discussions with those who say that behavior defines who we are, or that some are born destined to live out risky lifestyles.   The PFOX flyer includes various facts from groups like the American Psychological Association and other often misquoted sources on the issue of sexual orientation and change.  View PDF color brochure here: http://www.afain.net/Can-Sexual-Origintation_Change.pdf