From the start of his administration, President George W. Bush attempted to encourage faith in the public square. They tried to… 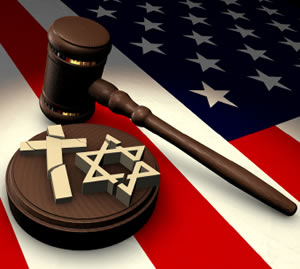 From the start of his administration, President George W. Bush attempted to encourage faith in the public square. They tried to welcome the positive, well documented roles religious entities play in terms of public charity, non-profit work, welfare ministry and these entities’ overall public good.  Whether that effort succeeded as originally envisioned before the 9/11 attack affected the administration’s goals is certainly debatable.  In stark contrast, the Obama administration is actively moving to harm the liberty and freedoms of private schools, hospitals, religious charities and non-profits.  Should the government now determine what constitutes religious freedom, religious belief or behavior?  Should this administration, (at a time when private charity is so vitally in demand) work against these longstanding 1st Amendment protections and harm these entities?   The Capitol Research Center has a policy paper which should concern pastors, private school boards, hospital administrators and non-profit leaders everywhere as more and more of their peers wind up in court fighting for the freedoms they always assumed they had, and would keep in America.