From the January 2012, Indiana Family Voice, AFA-IN Newsletter “Does pornography cause crime?” Our answer may surprise you. The research… 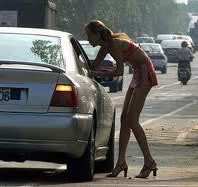 “Does pornography cause crime?” Our answer may surprise you. The research is somewhat mixed.  Many studies say “yes,” some (often funded by pro-porn organizations) say “no.”

Still, this discussion is somewhat of a distraction from what has been conclusively found to be true. Sex businesses do have a correlation with crime, particularly sex crimes.  Dozens of studies over the last 40 years have found that crime, particularly sex crimes, occur at much higher rates around sexually oriented businesses.  In fact, the findings are so consistent that the US Supreme Court has ruled that any city can rely upon any other city’s land use study as justification for constitutionally allowable zoning and business regulations.

AFA of Indiana believes that state and local governments have a duty to do what they can to protect women and children.  If they ignore these contributors of crime, they are not good stewards of the public trust or law enforcement resources.

Should Indiana pass a law addressing this verifiable contributor to such  crimes against women and children?   Ohio and Missouri have done so, and those two states provide the model for Senate Bill 183 authored by Sen. Jim Banks.

Senate Bill 183 prohibits contact between dancers and patrons, closes sexually oriented businesses at midnight, prohibits anyone under the age of 21 from entering or working at a sex business, and creates nuisance actions and penalties for repeated violations by such establishments across all of Indiana.  Could  it make a difference?  Oklahoma may have the answer.

In the mid-80’s Oklahoma City had over 150 sex businesses.  Half of all the rapes in Oklahoma were occurring in Oklahoma City.  The city did an investigation and found a dramatic increase in crime in areas around sex businesses.  Officials began to regulate its sex businesses in a manner similar to SB 183.  The city saw a 27% reduction in rape during the first five years accounting for a 16% rape reduction statewide.  Had its leaders not acted, then at the previous rate, there would have been nearly 1,000 more women raped in the city.  Is SB 183 important?  If we care about protecting women and children, the answer is a “yes.”

To see some studies detailing the increased rate of crime surrounding sex businesses click here:   (Warning some of these findings are not for the squeamish )  http://www.communitydefense.org/cdcdocs/landuse/pdf/nlc_summaries.pdf