“What beatings, starvation, emotional abuse and deprivation could not take from Admiral Denton. Joshua Harris has given freely away to his captors.” 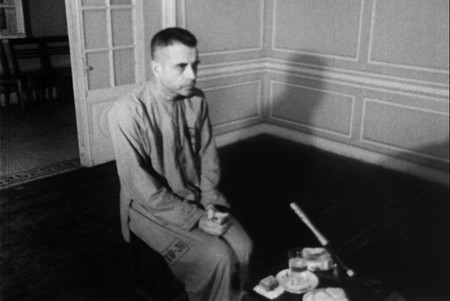 Many readers here may know the name Joshua Harris, the former pastor of Covenant Life Church in Maryland, and author of the popular 1997 book, “I Kissed Dating Goodbye,” which has sold over 1.2 million copies.Christians throughout America were shocked this week to learn that Harris has divorced his wife and renounced his faith in Jesus Christ. “I have undergone a massive shift in regard to my faith in Jesus,” Harris wrote in an Instagram post over the weekend.  “By all the measurements that I have for defining a Christian. . . I am not a Christian.”   Harris “apologized” for his views on sexual purity making sure to place emphasis on his regret for supporting natural marriage with an apology to the LGBTQ community. As it turned out, the night before I read about Harris, I had just watched a PBS documentary called “Jeremiah” about war hero and Viet Nam POW, Jeremiah Denton. His book was “When Hell Was in Session,” which was made into a 1979 TV movie.  It led to Denton’s election to the US Senate in 1980.     In his nearly eight years in a Hanoi prison camp, Denton was brutally tortured. He was also mocked as he was marched through the streets of Hanoi and pummeled with rocks. Admiral Denton was held in solitary confinement in a three-foot cell for over 2,500 days. After his release, Denton noted that there was one thing he held to which the Viet Cong could not take away – his Christian beliefs. His faith inspired other POW’s in his camp and kept them holding on during some of their darkest hours.   You may recall that Denton was interviewed by members of the Japanese press as a PR stunt by the Communist forces. He was beaten afterwards for expressing his support for America, which he knew would happen. Incredibly, the emaciated, almost unrecognizable, Denton also answered questions while repeatedly blinking the word “torture” in Morse Code as a message to our military leaders and human rights advocates.  We are all captives of the culture around us to one degree or another.   It is striking how our pro-gay, anti-Christian culture seems to have so easily taken away from a prosperous, successful Joshua Harris, what beatings, starvation, emotional abuse and deprivation could not take from Admiral Denton. Harris has chosen to conform to his captors. Jeremiah Denton never did.