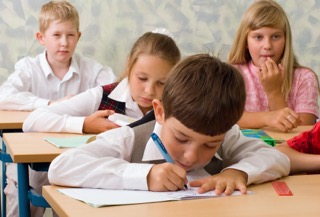 A Warning About the Trend of Substituting Government for the Family

Too often those who enter government wanting to serve people begin to support policies and plans in which government displaces the roll of people.  The desire to help is not a bad thing, but it can be an intrusive thing over time.

President Lincoln once observed, “The legitimate object of government is to do for a community of people whatever they need to have done, but can not do at all, or can not so well do, for themselves – in their separate, and individual capacities.”

Interestingly, President Obama paraphrased this quote in his 2012 State of the Union address on the subject of education regulations. Whether or not either President adhered to this purpose of government does not invalidate its truth.

Help us support the right and ability of parents to choose any public, charter, private or home school they think best for the children.

McCormick drew strong applause from the audience when she went after Indiana’s school voucher system calling for more state regulations on charter and private schools.   McCormick said that the Indiana Department of Education is “pushing back” against the state’s free-market style school choice program begun in 2009.   She wants private schools that receive vouchers to have more state academic and financial regulations.

This is not the first time Supt. McCormick has expressed her intent to limit school choice and place more state controls on private schools.   She made similar comments in an interview last month with National Public Radio.  This Spring, Democrats in the legislature attempted to have the state audit private schools.  They were unsuccessful, but Supt.  McCormick is still expressing her support for that kind of regulatory expansion.

It is our guess that McCormick would likely defend her views by saying something to the effect that the state “has an interest” in making sure voucher dollars are going to “good schools.” It is a line of thinking very common in the Indiana General Assembly.  We have heard this thinking as justification for more day care regulations upon church ministries.

Lincoln’s axiom would question the assumption that parents are not able to investigate, choose and monitor good private schools or good child care for their children.  He would wonder how a bureaucrat in Indianapolis could do a better job than a parent in their local community in places like Ft. Wayne, Evansville or Thorntown.

Years ago there was a story of a government agency head testifying before a congressional panel about the good his plan could provide children.  A legislator asked the agency head if the government cared about that legislator’s own kids.  “Of course” was the response.  “OK, can you tell me their names,” asked the legislator. The point?  Parents know about their own children’s needs far more than any government agent ever will.

AFA of Indiana supports the right and ability of parents to choose any public, charter, private or home school they think best for the children they love far more than anyone else does.

Supt. McCormick’s opinion before this panel is a potentially serious threat to family freedoms in Indiana.  Our nationally recognized school choice program is very popular with parents and voucher students.  However, one of the problems of many in state government is that they really do not trust a parent’s ability to pick a good school without the government’s “help.”

Then there are some who simply oppose religious faith and in particular, Christianity. They do not like the idea of a few more Hoosier parents being able to choose religious education for their children.

Others have an intense opposition to vouchers claiming they will destroy  public schools even though nine out of ten Hoosier K12 students still attend a public school. (If parents are pleased with public schools, why would choice be the death of public education? This has not been the case in higher education where choice has long existed. )

AFA of Indiana is concerned that many politicians and education leaders opposed to school choice understand that one way to undermine vouchers and other tools for low-income Hoosier families is through more state regulations.  They know that if the state gets heavy-handed with school vouchers many private schools will stop taking voucher kids in order to avoid becoming a subordinate of the state or a mirror image of the public schools.  Many families will lose out on the kind of education that they want for their children if private schools have to protect their autonomy by declining vouchers.   Families will also have less choice if the government begins to dictate the curriculum options of private schools.

This is a concern some pro-family groups are watching very closely, including AFA-IN.   Eric Miller, of Advance America, one of those most responsible for the freedoms Hoosiers have enjoyed in home and private education since the early 1980’s is concerned about possible attacks upon school choice.  “Thomas Jefferson said that the price of liberty is eternal vigilance.  This is as true today as it was 200 years ago.  Hoosier families and churches with educational ministries must be vigilant in protecting parental rights and school choice freedoms, in spite of the praise from many national groups citing Indiana as a model for choice across America.  Our freedoms could be seriously damaged in just one legislative session, one committee hearing, or one Department of Education directive,” Miller told AFA-IN.

AFA of Indiana will be watching for any harmful moves against school choice, parents rights, or school autonomy in the statehouse next year.

Help us support the right and ability of parents to choose any public, charter, private or home school they think best for the children.