In the midst of a recent summit on poverty in the nation’s capitol, the Washington Post did an interview with… 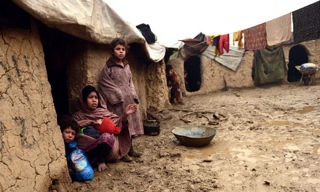 In the midst of a recent summit on poverty in the nation’s capitol, the Washington Post did an interview with a Harvard University professor who made a point of attacking Western Christianity. His claim, which the media is only too happy to repeat, is that churches in the US have been too “focused on issues regarding sexual morality, such as abortion, gay marriage, all of those. . . that’s what they’ve been using all their resources for. This is the most obvious point in the world. It’s been entirely focused on issues of homosexuality and contraception and not at all focused on issues of poverty.” In reality, nothing could be further from the truth. People of faith donate billions each year to poverty relief locally and around the world. Churches and religious organizations spend multiple thousand times more for charity than they do for the defense of life or the preservation of natural marriage. The differences between the two, and thus the error of this professor’s claim is staggering. It is not the negative perception that the media want known about faith-based involvement. Read more here: