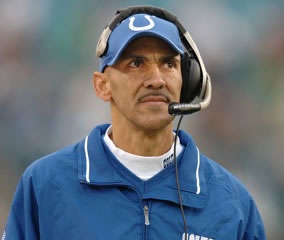 If one has any doubt that the virtue of tolerance has been hijacked and twisted into a requirement to embrace a certain orthodoxy, just look at what has happened to one of the most respected football coaches in NFL history. Tony Dungy, the former Super Bowl champion and former coach of the Indianapolis Colts, serves as the latest victim of the radical gay rights agenda. It happened when Coach Dungy simply expressed a pragmatic business decision to avoid the distraction of media hysteria around his entire team, were he still coaching. There is only one way to avoid this, it would seem, and that is to worship at the feet of liberalism.