On February 6, 1977 after losing a close presidential primary race to Gerald Ford, who later lost to Governor Jimmy… 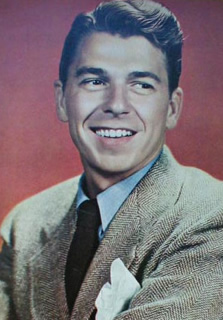 On February 6, 1977 after losing a close presidential primary race to Gerald Ford, who later lost to Governor Jimmy Carter, Ronald Reagan, much of the Republican party and certainly the conservative movement was written off by the media.  As we know today, Ronald Reagan came back to win big in 1980 followed by an enormous historic landslide in 1984.  Before that occurred, Reagan spoke to a group called CPAC and laid out his principles and a course for the future that is remarkably relevant in 2013.  For example, Reagan observed,

“Families must continue to be the foundation of our nation. Families — not government programs — are the best way to make sure our children are properly nurtured, our elderly are cared for, our cultural and spiritual heritages are perpetuated, our laws are observed and our values are preserved.Thus it is imperative that our government’s programs, actions, officials and social welfare institutions never be allowed to jeopardize the family. We fear the government may be powerful enough to destroy our families; we know that it is not powerful enough to replace them. The New Republican Party must be committed to working always in the interest of the American family.”
Read his full speech here:  http://reagan2020.us/speeches/The_New_Republican_Party.asp