America throughout our history has been known throughout the world for freedom.  What would the reaction be if the government… 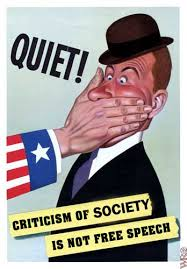 America throughout our history has been known throughout the world for freedom.  What would the reaction be if the government suddenly began to force Amish to drive cars; feminists to listen to Rush Limbaugh; Muslims to own pigs; Jehovah’s Witnesses to say the Pledge of Allegiance; vegan’s to eat hamburgers, or the NAACP to accept racist skinheads as members?     Something would clearly have gone very wrong and off track from what our founder’s envisioned.  Yet, similar assaults on liberty are not speculation, they are already occurring.  This article points out that contrary to what many claim, the push for same-sex marriage seriously endangers our historic freedoms.