According to the United Nations World Health Organization, over 140 million females across the globe have experienced what’s known as… 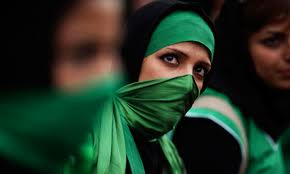 According to the United Nations World Health Organization, over 140 million females across the globe have experienced what’s known as “gender mutilation.”

The U.N. says this grotesque act is primarily practiced in Africa for religious or cultural reasons. It is usually ordered by the family itself—including in many cases by the mother. The U.N. says the practice results in diminishing the dignity and worth of women in that particular culture. The WHO estimates the practice begins with girls as young as 4-years old.

Do you agree with the U.N. that this is “genital mutilation?” Would you consider this an act of child abuse? Do you agree that it’s wrong for a family to alter their daughter’s most intimate aspects of her femininity?