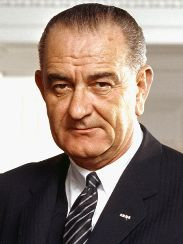 President Barack Obama called for more early childhood education (preschool) in his recent State of the Union address.  Alert Hoosiers may have recognized that many leaders in the Indiana State House have been making very similar pleas for several years.  This call for more spending on education at the expense of taxpayers isn’t limited to liberal Democrats.  Many Republicans have bought into the early childhood education mantra.  While there is nothing wrong with preschool, promises of any lasting academic gain appear unfounded.  As part of President Lyndon Johnson’s Great Society, since 1965, the US government has spent $180 billion dollars on the federal Head Start preschool program designed to help poor children start school ready to learn.  Before Indiana state legislators spend more money on preschool, they should look at the success or failures of the Head Start from the government’s own studies.