Every few years in Indiana there is an attempt to revive full-day kindergarten. The ritual has begun this time around… 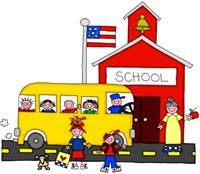 Every few years in Indiana there is an attempt to revive full-day kindergarten. The ritual has begun this time around well in advance of the 2007 legislature.

Reading the media accounts or listening to certain officials, one might not know that there really is another side to this debate. Contrary to what has been asserted, the assumptions that full-day kindergarten will help Indiana move ahead in educational achievement are based upon very flimsy and even contradictory research.

The most comprehensive study of this issue is the Early Childhood Longitudinal Study, conducted by the National Center for Education Statistics. The study tracked 22,782 students in 1,277 schools who entered kindergarten in 1998. The 2004 report found an effect from all-day kindergarten, but not one that supporters are likely to cite. “In terms of kindergarten program type (i.e., all day or part day), there is little meaningful difference in the level of children’s end-of-year reading and mathematics knowledge and skills.”

It is true that this study flies in the face of the Education Commission of the States, one of the resources so often quoted by the Indiana Department of Education on a variety of matters. One would assume that the Commission, in their report supporting full-day kindergarten, would start off with their best foot forward. Near the front of their report they proclaim [after 25 years of research] “experts now are in general agreement there are no detrimental effects to attending full-day kindergarten.” Now there’s a reassuring reason to spend more than $200 million a year of Hoosiers’ tax dollars! If Indiana is going to spend millions more on education, can we find a program that we know for certain actually benefits children?

Some supporters do cite studies showing that children in full-day kindergarten make academic progress faster or slightly more than children in half-day programs. However, these same studies also show that the progress is only temporary. As the Education Commission report also states, “there is currently not strong evidence showing that academic gains made in full-day programs last beyond 1st grade.”

The Long Beach, California Unified School District did an extensive review of various kindergarten research studies hoping to find support for full-day, but they found the results to be “inconclusive.” They reported the following for school decision makers: “Though the majority of studies claim academic gains for full-day programs, there are also many studies that fail to find academic benefits . . . Those few studies that have looked past 2nd grade find no effect on academic performance.”

Like most Hoosiers, I would like to support something that really works and moves Indiana ahead educationally. Yet, when one views the bold claims supporting full-day kindergarten, then looks into the actual research behind this expensive proposal, it is not hard to see why one critic has said, “this is the education establishment’s version of a faith-based initiative.”

In the last ten years national participation in full-day kindergarten has grown from 10 percent to over 50 percent, but reading scores have not improved. With all the problems in education today, before the Indiana General Assembly embraces this uncertain and costly government expansion, the questions surrounding actual academic benefits of full-day kindergarten deserve much more investigation and explanation.

Micah Clark is a the Executive Director of the American Family Association of Indiana and a past member of the Governor’s Education Roundtable under Governors O’Bannon and Kernan.