Published on December 13, 2010 by Chuck Donovan Britain’s Prince William and his betrothed, Kate Middleton, will marry next April at Westminster Abbey…. 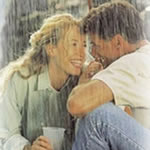 Published on December 13, 2010 by Chuck Donovan

Britain’s Prince William and his betrothed, Kate Middleton, will marry next April at Westminster Abbey. People around the world will tune in to a rite as old as spring itself. Lovers of Shakespeare note parallels with “Henry V,” the Bard’s great history play: How the young prince served his nation in arms overseas.

And how the name of his beloved (though she is not at all French) is Kate. Shakespeare’s wooing Harry pleads with the demure Kate, daughter of the French king, for a kiss. Things were a bit different then. Harry must persuade the princess that such a liberty is appropriate, not cheap display. “We are the makers of manners, Kate,” he tells her.

But if ever there were a time when the manners of a nation’s royalty, in wealth if not lineage, shaped those of the people, that time is not now.

Not here in the United States, where a report from the National Marriage Project at the University of Virginia finds that marriage is disappearing in Middle America.

A shocking “marriage gap” has opened between the broad middle and the upper crust since the early 1970s, project director W. Bradford Wilcox writes in the study, “When Marriage Disappears.” Wilcox found that Americans with a high school education but no college degree are more likely to become single parents and, if married, less likely to be “very happy” and more likely to divorce. Using survey data and correlating earnings with education levels, he concludes marital indicators are improving for better-off Americans and declining, sometimes sharply, for those of moderate means. <Read More>