Do you have locks on your doors? How about on your car? Got a fence so your kids can play… 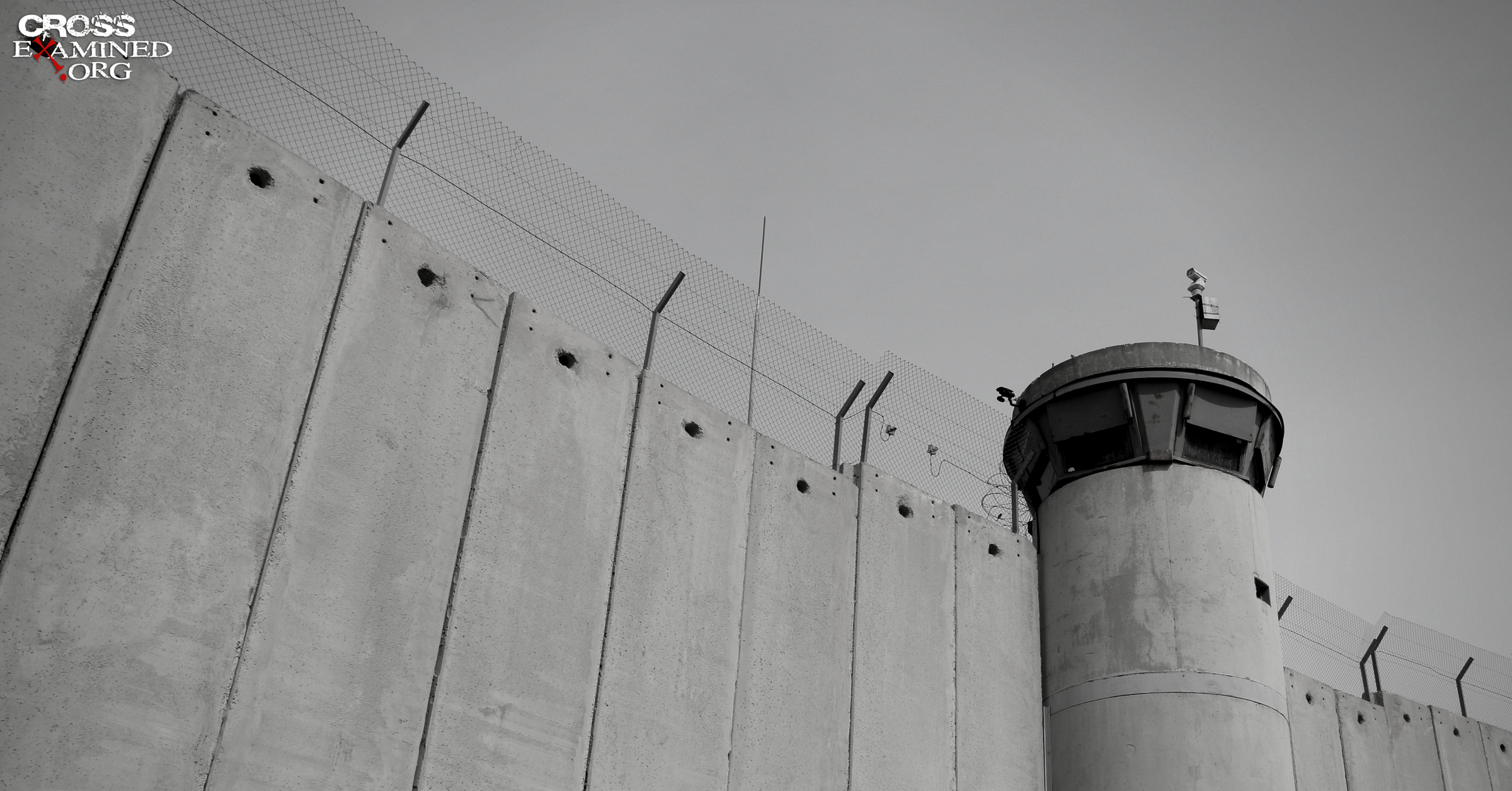 Do you have locks on your doors? How about on your car? Got a fence so your kids can play safely? Do you have passwords on your computers? How about your bank accounts? Do you protect your credit card numbers? Your social security number? How about your medical records? Do you think curbs, guardrails, and traffic lines are a good idea, or should people be able to drive any where and any way they want? How about security borders at the airport—necessary or optional?

The truth is everyone believes in secure borders. In fact, life would be impossible without them. As long as human nature is what it is—bent toward evil—borders will be necessary. The only question is “Where am I going to draw the borders for my own security?”

And I’m not just talking about your physical security, but also your economic security.

Why? Because prosperity can only be achieved when people feel secure enough economically and personally to take risks to innovate, invest, and extend themselves into the market. That security requires safe streets, reliable and adequate infrastructure, environmental protection, and a welfare base kept to a sustainable limit. Such security also requires the rule of law which helps create a predictable and level playing field. Without the rule of law, you don’t get the security and prosperity of America—you get the corruption and poverty of, say, Venezuela (where annual inflation is now 43,378%!).

While it would be great to give everyone the same opportunities we have in America, it’s impossible to do by bringing everyone here. If we opened our borders, millions of people would flood this country and overwhelm the very things necessary to keep it prosperous, including our strained safety net. And even extremely high immigration levels would do virtually nothing to ease world poverty as this video graphically demonstrates.

Then there’s the fact that some illegal immigrants would harm Americans. Don’t get me wrong: I’m not saying all illegal immigrants would be terrorists or criminals (although some surely would be). What I’m saying is that controlled immigration and secured borders are as necessary to a country as they are to your home. You don’t let just anyone and everyone into your home. If you did, your home would be destroyed, possibly by a criminal element, but most definitely by the fact that your home couldn’t physically handle a large influx of people. In a similar way, open borders would kill the golden goose called America—it would destroy the very environment which entices people to come here in the first place.

So while an open borders policy may sound compassionate, it actually leads to disastrous results. That is because—like so many other utopian leftist ideas—it ignores reality and misdiagnoses human nature.

Finally, contrary to the media narrative, Scripture doesn’t mandate open borders or prohibit walls. As Dr. Wayne Grudem unpacks here, the Bible actually affirms that borders are legitimate and walls are good things. God Himself scattered people by language (Gen. 11), and the promised land of Israel had definite borders as did its surrounding nations. In fact, Moses respected the border of Edom by asking permission of the King of Edom to pass through that country (Moses was denied as you’ll read in Num. 20:17-21). Jesus acknowledged that nations need to be reached (Matt. 28:17-20), and Paul declared that God intends nations to have legitimate rulers (Rom. 13:1). Paul even used his status as a Roman citizen to protect himself from harm (Acts 22:25-26). And the scriptural commands not to steal presuppose borders and the right to private property.

(Remarkably, there will even be a border in the afterlife between Heaven and Hell because God can’t force free creatures to love Him or one another. Forced love is impossible. Love requires freedom and freedom requires the security that your choices will be respected, even if it means that you want an eternal border between you and God.)

We are blessed to live in America. But we need to recognize that it’s impossible to have everyone live here. The best way to protect America and help people outside of our country is to control immigration at a sustainable level while exporting our ideas of economic and political liberty to other nations.

We can’t bring everyone to America, but we should try to bring America to everyone.

This article was written by Dr. Frank Turek (D.Min.) is an award-winning author and frequent college speaker who hosts a weekly TV show on DirectTV and a radio program that airs on 186 stations around the nation. His books include I Don’t Have Enough Faith to be an Atheist and Stealing from God: Why atheists need God to make their case.

This article original appeared in crossexamined.org