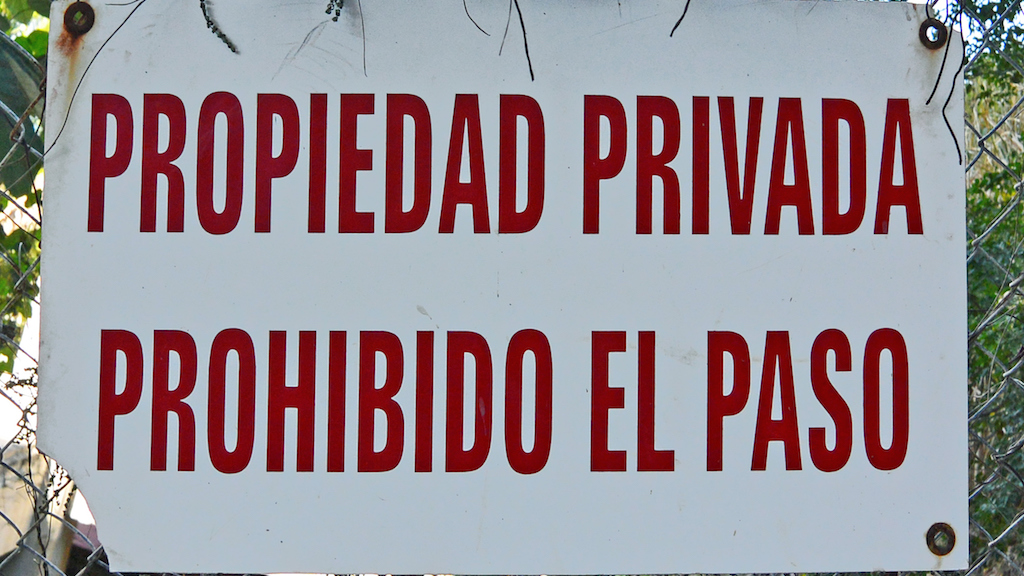 Victor David Hanson//American Greatness – Deport the Deplorables is a slogan of popular culture, found on bumper stickers, t-shirts, and internet postings. But now the mini-industry of deplorable/deportable sloganeering has made its way into more elite circles.

With just three words, the phrase “deport the deplorables” sends two popular messages: one, get rid of undesirable American citizens who voted for Donald Trump and who were properly written off in 2016 as deplorables by Hillary Clinton. And, two, by implication, don’t deport the illegal aliens who broke U.S. immigration law. Or put more succinctly, foreign nationals who crash our borders are innately superior people to citizens of the working- and middle-classes who voted for Trump.

A bipartisan disdain exists for the middle and working classes, whether periodically politically manifested as the old blue-dog Democrats, Perot voters, Reagan Democrats, Tea Party activists, or Trump supporters. On the Left, they were derided as the clingers of rural Pennsylvania whom Obama blamed for his 2008 primary loss to Hillary Clinton in that state and who never appreciated his genius: “And it’s not surprising, then they get bitter, they cling to guns or religion or antipathy to people who aren’t like them or anti-immigrant sentiment or anti-trade sentiment as a way to explain their frustrations.”

A bipartisan disdain exists for the middle and working classes, whether periodically politically manifested as the old blue-dog Democrats, Perot voters, Reagan Democrats, Tea Party activists, or Trump supporters. On the Left, they were derided as the clingers of rural Pennsylvania whom Obama blamed for his 2008 primary loss to Hillary Clinton in that state and who never appreciated his genius: “And it’s not surprising, then they get bitter, they cling to guns or religion or antipathy to people who aren’t like them or anti-immigrant sentiment or anti-trade sentiment as a way to explain their frustrations.”

The “new” Hillary of 2016 demonized this same group as irredeemable and deplorable:

You know, to just be grossly generalistic [sic], you could put half of Trump’s supporters into what I call the basket of deplorables. Right? The racist, sexist, homophobic, xenophobic, Islamophobic—you name it. And unfortunately, there are people like that. And he has lifted them up . . . Now, some of those folks, they are irredeemable, but thankfully they are not America.

A post-election Hillary intensified her deplorable campaign tropes and grew even angrier at the Trump base: “I won the places that are optimistic, diverse, dynamic, moving forward. And his whole campaign, Make America Great Again, was looking backwards. You don’t like black people getting rights, you don’t like women getting jobs, you don’t want to see that Indian American succeeding more than you are, whatever that problem is, I am going to solve it.”

Contempt from Left and NeverTrump RightDeplorable America was often stereotyped as nativist or worse for wishing border security and an end to illegal immigration—and often compared to illegal immigrants, but always in a negative context as either lazy or crazy or uniquely bigoted.

John McCain, it is often forgotten, first began his tit-for-tat verbal war with Trump, when in 2015 he announced, “He [Trump] fired up the crazies. Now he galvanized them. He’s really got them activated.” When Obama went abroad he sometimes mused to his foreign hosts about the slothful American: “If you’re in the United States, sometimes you can feel lazy and think we’re so big we don’t have to really know anything about other people.”

Yet a more targeted contempt for the white working classes more recently has been voiced by pundits of the NeverTrump right. They apparently blamed the deplorables for hijacking their Republican Party, empowering an uncouth Trump, and voicing adamant opposition to illegal immigration.

David Brooks, in a January 2018 New York Times column, saw rural Trump country as the equivalent of a dysfunctional East Germany following unification. Brooks had almost nothing good to say about the rural white population:

These rural places are often 95 percent white . . . Are these counties marked by high social cohesion, economic dynamism, surging wages and healthy family values? No. Quite the opposite. They are often marked by economic stagnation, social isolation, family breakdown and high opioid addiction. . . . It is a blunt fact of life that, these days, immigrants show more of these virtues than the native-born.

Brooks deliberately chose the generic “immigrants” to suggest Trump supporters were xenophobes rather than simply being opposed to illegal, rather than all, immigrants. There is no doubt that rural Pennsylvania, Appalachia, Southern Ohio, or the Central Valley of California are suffering “stagnation” compared to diverse Silicon Valley and multicultural Manhattan. But Brooks conflates cause and effect. Steel mills and manufacturers did not leave rural America, and family farms did not collapse, because of preexisting opioid addiction and family breakdowns. Rather these pathologies arose from chronic recession and depression, due to radical changes in the global economy, which outsourced any American jobs that most easily could be replicated abroad.

What Immigration Idealists Refuse to See
If one is going to stereotype the immigrant community on the basis of drive-by anthropology, then Brooks might wish to visit “immigrant” communities in southwest Fresno County. Parlier and Orange Cove, to take just two examples, have radically expanded due to illegal immigration from southern Mexico. Both exhibit far higher incidents of crime, family disunion, social welfare dependency and illiteracy than nearby communities of mostly U.S. citizens of long duration such as Kingsburg or Exeter. It is not very helpful to conflate meritocratic immigration that is legal with illegal immigration predicated on proximity to the southern border, or, for that matter, singling out the Trump voter as typical of a culpable American, without continuing that stereotype by assessing similar pathologies of the inner city or barrio.

In a spontaneous riff in a panel discussion at a Washington think tank, Bill Kristol had been more candid in both channeling Obama’s “lazy” American theme and the desirability of newcomers (their legal status again omitted) over “the white working class”:

Look, to be totally honest, if things are so bad as you say with the white working class, don’t you want to get new Americans in? . . . You can make a case that America has been great because every—I think John Adams said this—basically if you are in free society, a capitalist society, after two or three generations of hard work, everyone becomes kind of decadent, lazy, spoiled—whatever.

If we are going to engage in such ignorant stereotyping, I know a lot of fourth- and fifth-generation Americans who are far harder working than recent illegal immigrants.

As NeverTrump furor grew in 2018, this idea of ridding America of Trump supporters and replacing them with supposedly better immigrants (again, their legal status by design is never indicated) grew more overt and explicit. Max Boot, for example, recently dreamed that the United States might deport citizen Republican Trump supporters and replace them with Latin American “newcomers” of uncertain legal status: “If only we could keep the hard-working Latin American newcomers and deport the contemptible Republican cowards—that would truly enhance America’s greatness.”

The so-called Calexit leader Shankar Singam, in a television appearance to promote the secession of California from the union, welcomed the flight of the middle class from California. Only that way would their welcomed departure make room for a wave of superior immigrants. Singam boasted that, in fact, the United States “should be grateful for us”: “If everyone in the middle class is leaving, that’s actually a good thing. We need these spots opened up for the new wave of immigrants to come up. It’s what we do.” Singam apparently does not believe that illegal immigration has had any role in creating a medieval society in California, where one-third of all U.S. welfare recipients live, and about a fifth of the state’s population lives below the poverty line.

Singam was sort of channeling the earlier expressed ideas of liberal Minnesota governor Mark Dayton. He thought any who criticized the mass influx (both legal and illegal) of Somali immigrants into their communities, deserved to leave to make way for superior newcomers: “If you are that intolerant, if you are that much of a racist or a bigot, then find another state. Find a state where the minority population is 1 percent or whatever…Our economy cannot expand based on white, B+, Minnesota-born citizens.” I suppose “B+” citizens are better than deplorables and irredeemables.

Open Borders . . . Or Else?How odd that our pundits and politicos so breezily suggest that U.S. citizens, with whom they disagree with on matters of (mostly illegal) immigration, should pack up and leave their homes.

New York Times columnist Bret Stephens recently said he was writing tongue-in cheek, when he advised: “So-called real Americans are screwing up America. Maybe they should leave, so that we can replace them with new and better ones: newcomers who are more appreciative of what the United States has to offer, more ambitious for themselves and their children, and more willing to sacrifice for the future. In other words, just the kind of people we used to be—when ‘we’ had just come off the boat.”

Stephens claimed that he was being satirical, but he seemed to drop that artifice when he finished his column by suggesting that he wasn’t really all that ironic: “We’re a country of immigrants — by and for them, too. Americans who don’t get it should get out.” So, either agree with open borders or current immigration policy or lack of it—or leave the country?

Advantages for the Elite
What is behind this fantasy of deporting the deplorables and welcoming in the deportable—other than displaying a cheap contempt for those who elected Trump?

In the abstract, perhaps self-interest. The dream of ridding the U.S. of the working citizen classes and substituting illegal immigrants in their place, would be advantageous to elites. Labor would be cheaper. Voting would be more liberal. And elites would have the influence and affluence to navigate around any personal downside in the swaps of citizens for non-citizens.

Race certainly is also a subtext. One can stereotype, and generalize and pontificate about so-called lower-middle-class whites clingers, crazies, deplorables, irredeemables, lazy, or East Germans without much downside. And one can generalize and categorize illegal aliens as noble and superior with only an upside. What certainly would spell being politically incorrect would be to run statistical analyses of the citizen working classes versus illegal aliens in terms of criminality, identity theft, hit and run accidents, illegitimacy, and education levels. To the extent one could find accurate data in our current politicized climate, the results might not support the idea that the average illegal alien from Oaxaca is better educated, more literate, less likely to break some sort of law, and more rarely on public support than his or her citizen middle-class counterpart in Bakersfield, Idaho Falls, or Kingman.

The elite notion of a “citizen of the world” plays a role as well. Coastal culture promotes the idea of a global elite sharing roughly similar enlightened values, most of them antithetical to those of their fellow Americans of the lower classes and of the interior. A Manhattanite or Silicon Valley winner apparently feels more empathy with counterpart foreign nationals than with fellow American citizens.

Finally, nothing better illustrates the isolation of the elite than its romance for the illegal immigrant and corresponding disdain for the red-state American. To the degree that our coastal class knows illegal aliens first-hand, it may be largely through the hiring of inexpensive nannies, housekeepers, landscapers, and cooks, but not through neighborhood get-togethers, shared schools with their children, or as co-workers. Similarly, if they know the citizen working classes, it is largely as either through televised caricatures or an occasional and cursory safari drive through rural America.