As religious freedom increasingly erodes north of the border, Canadians, are now wondering just how far the landslide will go…. 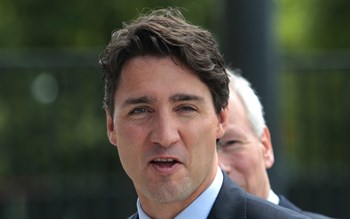 As religious freedom increasingly erodes north of the border, Canadians, are now wondering just how far the landslide will go.

Barry Bussey of the Canadian Council of Christian Charities told OneNewsNow that the controversial policy had a major impact on member organizations.

“The media reports are somewhere around 1,500 charities across the country that did not receive funding from the government as a result of this new attestation requirement,” Bussey pointed out. “[Through it, the government is now requiring the charities to attest that they agree with the government’s position on various rights – including abortion.”

Furthermore, charities had to agree to the homosexual agenda, which many absolutely could not do in good conscience.

Recently, the Canadian Supreme Court ruled that legal bar associations could bar graduates of the Trinity University Law School in British Columbia from accreditation just because the Christian school requires students to sign a moral commitment.

“So now, the fear is [whether] it is now going to be pushed onto other areas,” Bussey asserted. “Is the government going to say down the road, ‘Well, we can’t allow you to be a registered charitable organization because you won’t except the charter values as we understand them, and you won’t accept our position on such fundamental human rights issues such as abortion?’”

There have already been loud objections from many Canadians about the decision, but whether that will translate into throwing out the liberal government in next year’s election is not yet known. – Charlie Butts (OneNewsNow.com)