Stephen Hawking died Tuesday at the age of 76, so we wanted to revisit this article from just over a… 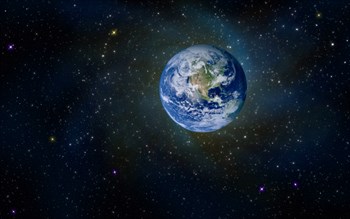 Stephen Hawking died Tuesday at the age of 76, so we wanted to revisit this article from just over a week ago by OneNewsNow.com.

One of the most famous scientists of our modern times has sparked a discussion about the origins of the earth and the universe. Brilliant physicist Stephen Hawking was interviewed recently about the “Big Bang,” the theory that the universe exploded suddenly from a single point of origin billions of […]

“Nothing was around before the Big, Big Bang,” Hawking said.

Hugh Ross of Reasons to Believe, who is an astrophysicist and a “Big Bang” believer, tells OneNewsNow that Hawking and others run into real trouble with their “nothing” theory.

“They basically say not only is there a real time dimension associated with the universe but there’s imaginary time,” he says. “And with two dimensions of time you wouldn’t have a boundary for the universe. So they say there’s no boundary therefore they say there is no need for God.”

Danny Faulkner of Answers in Genesis says mainstream scientists, even the really bright ones, have one fatal belief that keeps them from the truth: science can’t answer faith questions and faith can’t answer science questions.

“If you come to a question or a problem that has no physical answer, then what are you going to do?” Faulkner observes. “Well, if you stay consistent to that worldview, you’ll make up something.”

No matter how illogical or improbable the answer is, he says, the skeptic has ruled out the real answer.