More than 2,200 signatures of supporters from across the political spectrum are currently affixed to a petition that calls for… 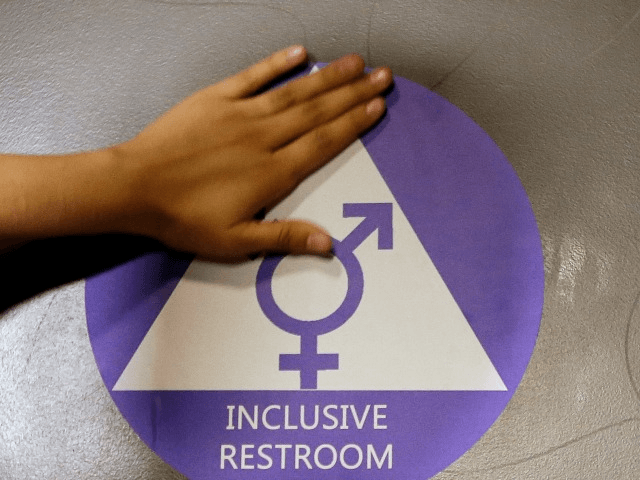 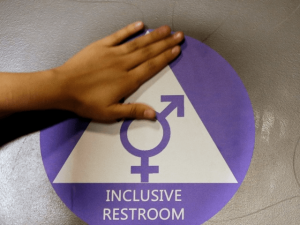 More than 2,200 signatures of supporters from across the political spectrum are currently affixed to a petition that calls for the federal government to uphold the “scientific definition of sex” in federal law and policy

In a letter accompanying the petition, which is addressed to Acting Attorney General Matthew Whitaker, Department of Health and Human Services Secretary Alex Azar, and Department of Education Secretary Betsy DeVos, about 35 medical, legal, and policy professionals say they “applaud the Trump Administration’s intention to uphold the scientific definition of sex in federal law and policy, such that girls and women will regain their sex-based legal protections, and the human rights of all will be preserved.”.

“What I like about the document is that it can appeal to a broad range of views,” endocrinologist Michael Laidlaw, MD, told Breitbart News. “So, I’m hoping that it gets broad support from right, left and center who recognize the importance of using biological sex in law rather than gender identity”:

How easy to make a boy child appear like a girl or vice versa simply through stereotypical clothing, hair, etc? Puberty blockers make the illusion continue, leading to 100% persistence of GD in one study. Puberty IS the physical confirmation that one is becoming a woman or a man. pic.twitter.com/6IsMjnUYMP

Biological sex is NOT a spectrum. Acknowledging this doesn’t prohibit equal rights for transgender & intersex people.

Join me in supporting this important cause at iPetitions. Petition to Uphold the Scientific Definition of Sex in … https://t.co/ElALwdFjH2 via @ipetitions

The letter’s signers assert that any expansion of the definition of sex is not only “unscientific,” but “has also proven harmful.” They observe that both the Institute of Medicine and the American Psychiatric Association define sex narrowly.

“Sex is a biological trait that defines living things as male and female based on the complement of sex chromosomes and the presence of reproductive organs,” the professionals note, adding:

Human sex is a binary, biologically determined, and immutable trait from conception forward. The norm for human design is to be conceived either male or female. Human sexuality is binary by design for the obvious purpose of the reproduction of our species. … Sex is established at conception, declares itself in utero, and is acknowledged at birth.

The letter’s authors continue that “sex is not a spectrum” and the claim that it is a spectrum has no basis in reality. They add that “gender identity” is only “an awareness of, and comfort level with, one’s physical body.”

The professionals say those who claim to be transgender “deserve optimal medical treatment which is influenced by biological sex.”

They point out these individuals always remain either male or female.

The signers challenge the widespread claim of transgender activists that upholding the scientific definition of sex will lead to more suicides among individuals identifying as transgender.

“Individuals who identify as transgender may have mistaken beliefs about themselves and their bodies,” they assert, adding:

They suffer real emotional distress and are at a higher risk for mental illness, including suicidal ideation, as compared to the general population. Social and medical “gender transition and affirmation,” however, is not proven to decrease suicide rates.

In October, the New York Times reported the Trump administration would soon be officially recognizing the existence of only two biological sexes – male and female. Transgender ideology, however, was promoted during the Obama administration and is on course to eliminate many single-sex institutions, including sports leagues and public bathrooms.

Transgender activists have also worked to convince 14 state legislatures that their ideology must control the private conversations between therapists and patients. In those states, parents of young people who are suffering from psychological discomfort with their biological sex are unable to consult a therapist who does not immediately affirm their child’s transgender identity.

The professionals say upholding the scientific definition of sex in law and policy also “protects everyone’s right to privacy, protection and equal treatment, especially that of girls and women.”

When gender identity is erroneously treated as equivalent to sex in law and policy, then a male may at any time demand the rights, protections and access afforded to females. This automatically strips girls and women of their right to sex-based privacy, protection, and a proper playing field to compete equally. Transgender ideology thereby transforms all that was once reserved for females alone into another male prerogative.

Author and lecturer Jax Rene especially highlighted the petition’s emphasis on supporting “females as women” in her tweet in which she adds, “This is what bipartisan means”:

Hey Twitter Tots! Here is the petition which supports females as women. I strongly encourage you to add your name to it, We must stand together on this issue. This is what bipartisan means. https://t.co/d2yutKfOJe