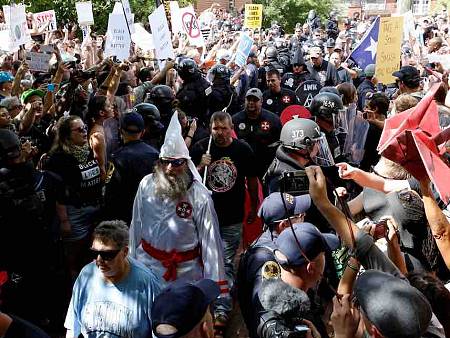 The American Civil Liberties Union will weigh its interest in protecting the First Amendment against its other commitments to social justice, racial equality, and women’s rights, given the possibility that offensive speech might undermine ACLU goals.

“Our defense of speech may have a greater or lesser harmful impact on the equality and justice work to which we are also committed,” wrote ACLU staffers in a confidential memo obtained by former board member Wendy Kaminer.

It’s hard to see this as anything other than a cowardly retreat from a full-throated defense of the First Amendment. Moving forward, when deciding whether to take a free speech case, the organization will consider “factors such as the (present and historical) context of the proposed speech; the potential effect on marginalized communities; the extent to which the speech may assist in advancing the goals of white supremacists or others whose views are contrary to our values; and the structural and power inequalities in the community in which the speech will occur.”

The memo also makes clear that the ACLU has zero interest in defending First Amendment rights in conjunction with Second Amendment rights. If controversial speakers intend to carry weapons, the ACLU “will generally not represent them.” […]