On Tuesday, the University of Alabama Crimson Tide football team visited the White House after their win in the national… 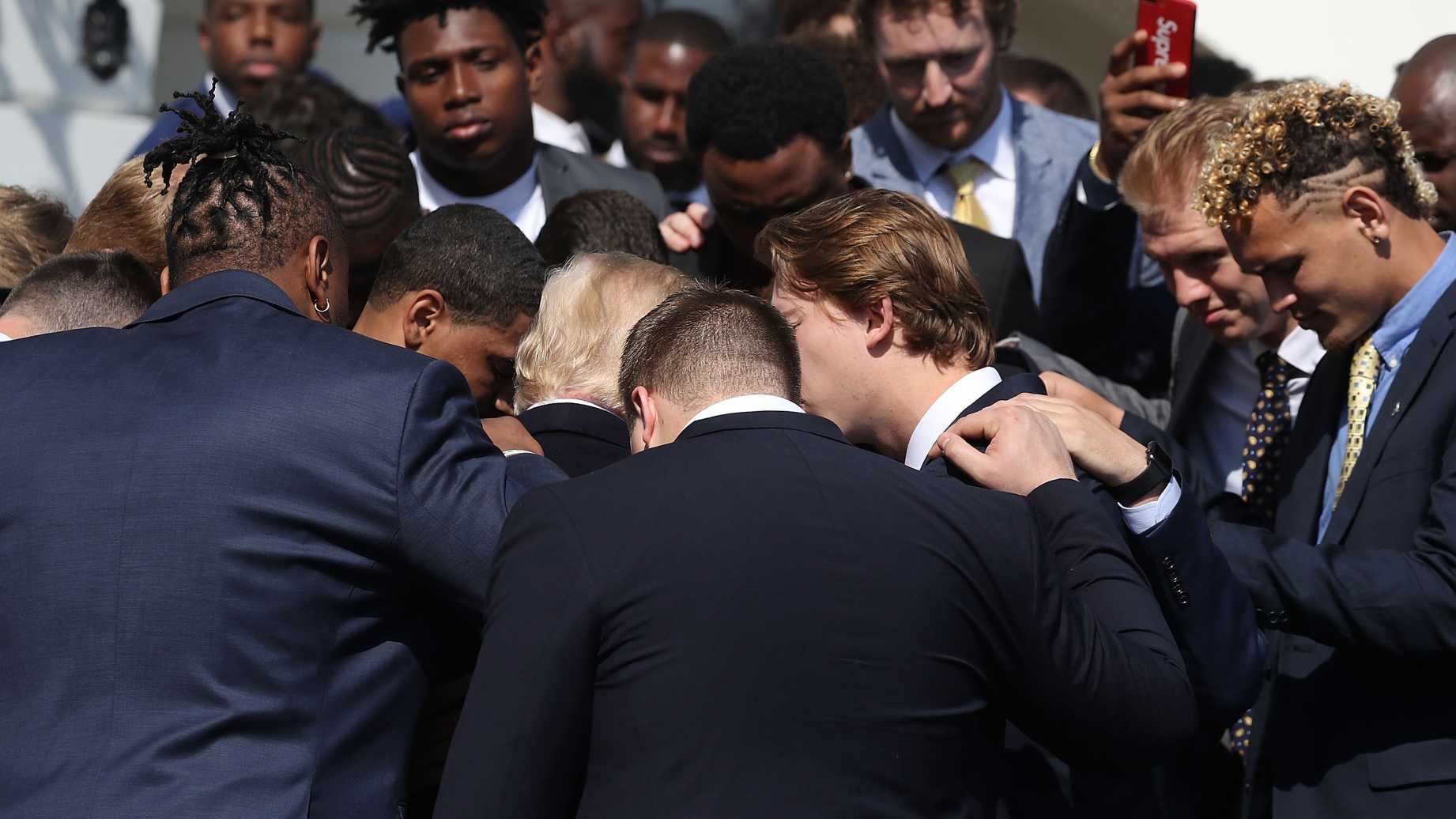 On Tuesday, the University of Alabama Crimson Tide football team visited the White House after their win in the national championship to meet President Donald Trump.

During the team’s visit, WBRC News sports reporter Christina Chambers captured a video of the team taking a moment to pray for the president.

In a tweet, Chambers wrote: “What a cool moment! .@AlabamaFTBL JK Scott asked @POTUS if he could pray for him and his staff. Video below shows President Trump and Bama players praying after the Tide’s @WhiteHouse visit!”

White House Press Secretary Sarah Sanders also tweeted about the meeting, writing: “As a proud Arkansan, I’m not an Alabama football fan, but I was a big fan of this prayer for @POTUS. #SEC Always #WPS @ArkRazorbacks”

Click Here to support the work of AFA of Indiana