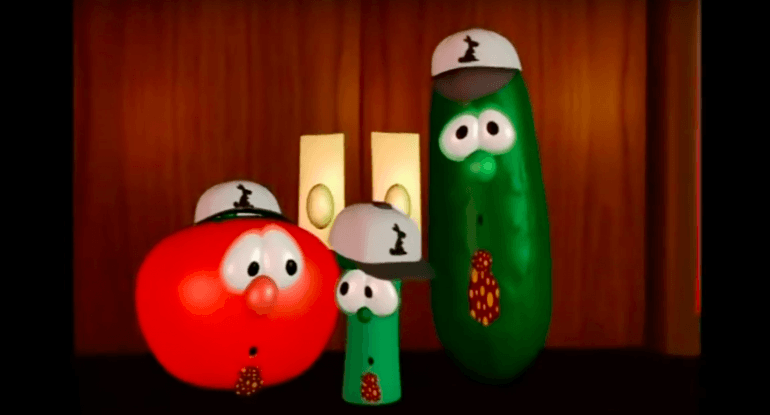 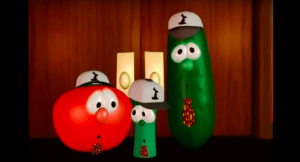 Last week, a two-hour “Whiteness Forum” held by students at Cal State San Marcos added the children’s Christian program “Veggie Tales” to the list of forbidden “racist” media. I fondly recollect waltzing with potatoes up and down the produce aisle in my childhood years, and can report with certainty that evidence for this claim is just as hard to find as a Cebu.

According to The College Fix, a female student at the “Whiteness Forum” argued that “Veggie Tales” is racist because the villains are vegetables of color. “When kids see the good white character triumph over the bad person of color character they are taught that white is right and minorities are the source of evil,” the project stated.

As The College Fix’s Drew Van Voorhis explained, the female student argued that “the accents of the evil characters tend to sound ethnic, such as Latino, while the good characters sound white.”

For those unfamiliar with the children’s program, “Veggie Tales” is a kid’s cartoon show featuring vegetables and often portraying biblical allegories. The main characters are Bob the Tomato — certainly a “vegetable of color,” namely the color red — and Larry the Cucumber. Contrary to protestations of racism, the show even has a blatantly anti-racist song.

Christianity teaches that all people — regardless of race — were created in God’s image, have sinned, and are in need of the saving grace of Jesus Christ. “Veggie Tales” has presented the same message, over and over again, and if there was a latent racist message, Metaxas would know about it.

The villains do often have silly accents, often for purposes of humor.

Perhaps the most memorable of these silly accents has nothing to do with race. In “Josh and the Big Wall,” the allegory about Joshua’s capture of the city of Jericho, the villains are a pair of particularly stuck-up peas … with French accents. Is this racist? Against white Europeans?

“Where’s God When I’m S-Scared?” contains a bit about Daniel in the lion’s den. The villains are a trio of asparagus with no accents and no discernible ethnicity.

This article originally appeared at pjmedia.com