It was a Saturday in August of 1982. President Ronald Reagan woke up that morning in the White House to… 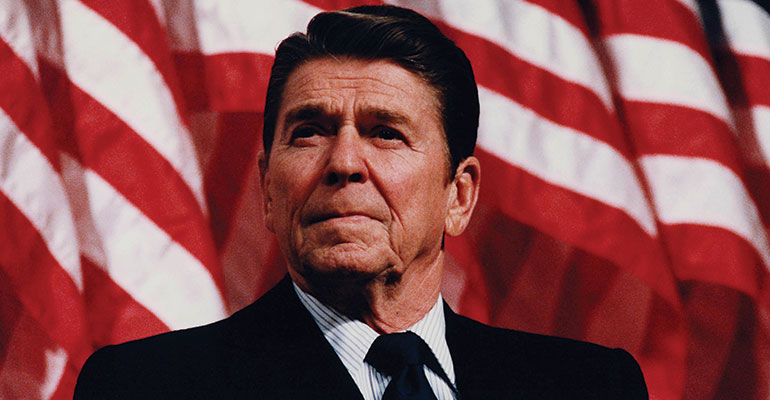 It was a Saturday in August of 1982. President Ronald Reagan woke up that morning in the White House to headlines about U.S.-Soviet negotiations over nuclear weapons, a fierce tax debate in Congress, and rising unemployment rates. Reagan Library records show he spent much of the day “working on a speech about the economy.” Yet, as the president noted in his diary that day, it was his father-in-law’s eternal destination that occupied his thoughts. “More of Saturdays work plus a long letter I have to write to Loyal. I’m afraid for him. His health is failing badly,” wrote Reagan.

That summer day Reagan put his heart into sharing the gospel in a four page hand written letter to Dr. Loyal Davis, a famous neurosurgeon who apparently was an unbeliever. That letter remained private until it was discovered among Nancy Reagan’s personal belongings and published by the Washington Post on Friday. He opens the letter sharing about the power of prayer in his own life and a testimony about how God healed him of a painful ulcer. Reagan then turns his letter directly to the gospel:

“All in all there were a total of one hundred and twenty three specific prophesys about his life all of which came true. Crucifixion was unknown in those times, yet it was foretold that he would be nailed to a cross of wood. And one of the predictions was that he would be born of a Virgin.

“Now I know that is probably the hardest for you as a Dr. to accept. The only answer that can be given is — a miracle. But Loyal I don’t find that as great a miracle as the actual history of his life. Either he was who he said he was or he was the greatest faker & charlatan who ever lived. But would a liar & faker suffer the death he did when all he had to do to save himself was admit he’d been lying?

“The miracle is that a young man of 30 yrs. without credentials as a scholar or priest began preaching on street corners. He owned nothing but the clothes on his back & he didn’t travel beyond a circle less than one hundred miles across. He did this for only 3 years and then was executed as a common criminal.

“But for two thousand years he has … had more impact on the world than all the teachers, scientists, emperors, generals and admirals who ever lived, all put together.

The apostle John said, “For God so loved the world that he gave his only begotten son that who so ever believed in him would not perish but have everlasting life.”

“We have been promised that all we have to do is ask God in Jesus name to help when we have done all we can — when we’ve come to the end of our strength and abilities and we’ll have that help. We only have to trust and have faith in his infinite goodness and mercy.

“Loyal, you and Edith have known a great love — more than many have been permitted to know. That love will not end with the end of this life. We’ve been promised this is only a part of life and that a greater life, a greater glory awaits us. It awaits you together one day and all that is required is that you believe and tell God you put yourself in his hands.”