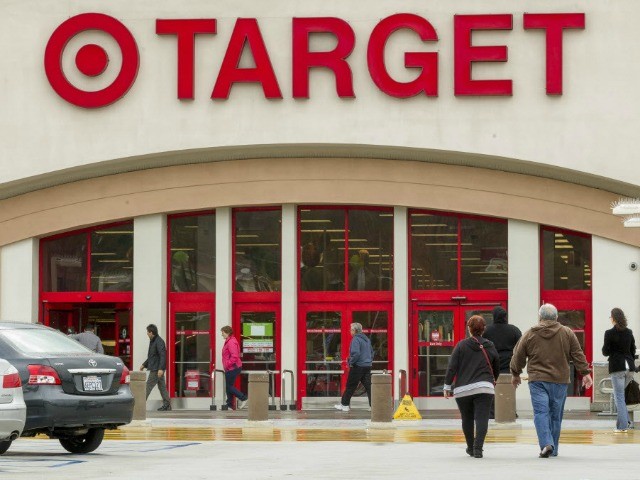 The Target department store chain has jumped into the transgender bathroom debate by declaring that men who claim to be women may use whatever bathroom or changing room they choose.

“Inclusivity is a core belief at Target,” a new company statement reads. “It’s something we celebrate. We stand for equality and equity, and strive to make our guests and team members feel accepted, respected and welcomed in our stores and workplaces every day.”

The retailer added, “We welcome transgender team members and guests to use the restroom or fitting room facility that corresponds with their gender identity.”

“Everyone deserves to feel like they belong,” the statement concluded. “You’ll always be accepted, respected and welcomed at Target.”

Target spokeswoman Molly Snyder added that the policy statement is a public confirmation of its longstanding policy. “It’s just us being very overt in stating it,” she said.

Click Here & help AFA of Indiana fight to protect Women & Children from laws that put their privacy at risk!

Customers and potential customers almost immediately spoke out against Target’s decision to ignore the biological difference between men and women.

“Why would you choose to allow men in the women’s restroom when every single store has a single family restroom that can easily accommodate your Transgender customers,”Sandy Bell Small wrote on Facebook. “Way to go Target for choosing to protect the .03% of the ADULT transgender population over your women, children, mothers, grandchildren, teenager population. I’m sure you will say you I longer miss us but I’m sure the $$$’s spent weekly will be felt somewhere.”

A recent study of the 2010 census showed that only 89,667 adults had changed their names from one sex to another. That’s roughly 1 in 2,500 adults. Advocates of greater status for people who live like people of the opposite sex, however, say one in every 400 American adults are transgender.

Some commenters told Target they would never shop at the retailer again. Others said they feared for the safety of their loved ones. Liz Ammons, for instance, reminded Target that its policy is not made without dangerous consequences by posting the story of a pervert who was arrested after harassing girls in a Walmart bathroom.

“Dear Target, I am not one to treat others cruel,” Laura Prater wrote on the Target Facebook page, adding:

However in your desire to be inclusive, you have failed to be inclusive to women and children. If anything change all your bathrooms and changing rooms to single stall. Perhaps you missed the recent news story in Washington State where a man kept filming women. Perhaps you have missed the other news stories where folks have used this as a way to bring harm? You need to seriously reconsider this decision. You are not above the laws to protect ALL your guests, not just the LGBT community.

On April 19, a three-judge federal court announced that schools cannot stop girls who claim to be boys from using boys’ bathrooms. The decision, however, will make it impossible for schools to have bathrooms just for boys or just for girls. It will also be impossible for schools to comply with federal privacy laws, said a statement from the one judge who opposed the decision.

Women, please note: You are NOT safe at #Target #WarOnWomenhttps://t.co/5REYFzaqSE

Mothers, DO NOT take your children into ANY Target women’s bathroom!! Not safe!!#TARGET @Target

Target did not get only complaints about the policy, of course. Some Facebook and Twitter commenters were pleased with the announcement and informed the retailer that they are supportive of the move.

Progressive groups are promoting the “bathroom equality” campaign as part of a large push to outlaw and stigmatize any actions or attitudes that recognize the routine differences in physical abilities and personal preferences between male and female Americans.