The following is an excerpt from our Weekly eUpdate, you can subscribe to the email at bottom of this page. 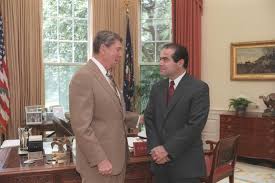 There aren’t many things in this world that would make me get up at 3 am to take an early flight out to Washington, DC, on a cold and rainy day.    An invitation to speak before the prestigious Heritage Foundation yesterday was one of those few things.

I was asked to present our experiences and lessons learned in the victory over Senate Bill 344. This was legislation that sought to unnecessarily grant special rights for homosexual behaviors at the expense of religious freedom.

Speaking before their Religious Liberty Forum was somewhat intimidating as I looked around at a room of 50 policy leaders, attorneys and Capitol Hill staffers.  Many were experts whose work I had read and followed for years.  Gathered at Heritage’s office, which is almost literally in the shadow of the Capitol dome, I saw it as an opportunity to thank them for the work they do which supports state leaders and advocates all across the nation.

I did my best to control my nerves as I spoke and got through my notes.  I guess it was OK because I felt a nudge afterwards and approval from Ryan Anderson who leaned over long enough to break away from his constantly vibrating phone to whisper “good job.”   Anderson is smart as a whip and one of Heritage’s many overly gifted minds, speakers and most prolific authors. 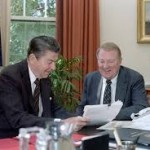 What I didn’t expect at all, and what set the professional tone of the meeting, was to have it chaired by a giant of a man, former US Attorney General Edwin Meese.   The very gracious, humble and soft-spoken leader was Ronald Reagan’s closest advisor and one of his closest friends.  Meese and Reagan’s history together spanned nearly four decades. No other advisor had a relationship with the president that lasted longer.

Meese opened the meeting with his praise and respect for the late Justice Antonin Scalia.  Meese told of how he and the President choose Scalia for the highest court and why. In his view, Scalia will forever be one of the 10 greatest jurists and constitutionalist to have ever served on the Supreme Court.

The former Attorney General also had a funny story about when Mr. and Mrs. Meese went to the Scalias’ home on the night of a controversial ruling on flag burning. I don’t think the AG or President Reagan approved, but they weren’t alone.  Mrs. Scalia greeted the Meese’s at the door with, “What do you think of that awful ruling my husband handed down today?”    The AG walked into the living room and said, (using a nickname of the Justice that I had not heard before) “So, Nino, your wife doesn’t like your ruling?”  to which Justice Scalia responded, “Well, let me put it this way . . . Today, at lunch she began dancing around me at the kitchen table singing ‘It’s a Grand Ol Flag.’’’

I really try not to let meeting any political leader have any lasting effect or impression upon me.  This was one of those exceptions with this 84 year-old figure of living history.  It was the highlight of my trip to shake hands again with Mr. Meese and talk to him for a few minutes after the meeting.