Why I Am Leaving Guyland

Peter Pans aren’t as happy as they seem.

It’s “booze o’clock” on a recent Thursday night on New York’s Fire Island—a rolling, inexact hour when 10 vacationing guys decide to kick off their nightly binge. Between tequila shots and pulls of beer, the sun-baked twentysomethings roar on the deck of their rented beach house, sounding the depths of maledom: sexual conquests, mastery of fire (“I’ll grill that potato salad”) and escape from the monotony of girlfriends and work. “I like starting things,” says one guy, as if to sum up his generation. “Then it gets boring.”

The banter may seem like an open dish-session between friends, but masculine law chokes out the sissy stuff. There’s scorn when water is used to dilute a whisky, and disbelief when one of the crew suggests dinner that night to celebrate his birthday. “This isn’t a friendship trip,” chides one of the guys. “We’re here to get women.” During the week, most of the guys say they’ve reached their goal—a few more than once.

Once the preserve of whacked-out teens and college slackers, this testosterone-filled landscape is the new normal for American males until what used to be considered creeping middle age, according to the sociologist Michael Kimmel. In his new book, “Guyland,” the State University of New York at Stony Brook professor notes that the traditional markers of manhood—leaving home, getting an education, finding a partner, starting work and becoming a father—have moved downfield as the passage from adolescence to adulthood has evolved from “a transitional moment to a whole new stage of life.” In 1960, almost 70 percent of men had reached these milestones by the age of 30. Today, less than a third of males that age can say the same.

“What used to be regressive weekends are now whole years in the lives of some guys,” Kimmel tells NEWSWEEK. In almost 400 interviews with mainly white, college-educated twentysomethings, he found that the lockstep march to manhood is often interrupted by a debauched and decadelong odyssey, in which youths buddy together in search of new ways to feel like men. Actually, it’s more like all the old ways—drinking, smoking, kidding, carousing—turned up a notch in a world where adolescent demonstrations of manhood have replaced the real thing: responsibility. Kimmel’s testosterone tract adds to a forest of recent research into protracted adolescents (or “thresholders” and “kidults,” as they’ve also been dubbed) and the reluctance of today’s guys to don their fathers’ robes—and commitments. They “see grown-up life as such a loss,” says Kimmel, explaining why so many guys are content to sit out their 20s in duct-taped beanbag chairs. The trouble is that the very thing they’re running from may be the thing they need.

At least, that’s what I hope. On the weekend this story goes to print I am getting married in a loft in midtown Manhattan, tying the knot at 27—the national average for guys. But by the way some of my single male friends reacted, you’d think I was appearing on an episode of “Engaged and Underage.” “Maybe you’re making a big mistake,” said one buddy when I told him of the engagement. A 27-year-old technology consultant living in New York, he can’t remember the names of the women he’s slept with (let alone the number), and gives them nicknames like “Biff,” “Dino” and “the Little Maniac.” I’m happy to take in the night with him every few weeks, but still a little uncomfortable belting out “Sweet Caroline” to a bar full of people, and tickled pink when I’m back home with my girlfriend—soon to be wife. Guyland is not without its charms, but it pales next to what I have known with her over the past three years.

A bad attitude about marriage is not the only thing that’s holding these guys back. A series of social and economic reversals are making it harder than ever to climb the ladder of adulthood. Since 1971, annual salaries for males 25 to 34 with full-time jobs have plummeted almost 20 percent, according to the Center for Labor Market Studies at Northeastern University. At the same time, women have crashed just about all the old male haunts, and are showing some signs of outpacing their husbands and boyfriends as breadwinners and heads of family, at least in urban centers. Last year, researchers at Queens College in New York determined that women between 21 and 30 in at least five major cities, including Dallas, Chicago and New York, have not only made up the wage gap since 1970—they now earn upwards of 15 percent more than their male counterparts. As a result, many men feel redundant.

Today’s guys are perhaps the first downwardly mobile—and endlessly adolescent—generation of men in U.S. history. They’re also among the most distraught—men between the ages of 16 and 26 have the highest suicide rate for any group except men above 70—and socially isolated, despite their image as a band of backslapping buddies. According to the General Social Survey, a highly regarded decadeslong University of Chicago project to map changes in American culture, twentysomething guys are bowling alone when compared with the rest of society. They are less likely to read a newspaper, attend church, vote for president or believe that people are basically trustworthy, helpful and fair. Meanwhile, saddled with an average of $20,000 in student debt and reared with a sense of entitlement that stops them from taking any old job, the percentage of 26-year-olds living with their parents has nearly doubled since 1970, from 11 to 20 percent, according to economist Bob Schoeni’s research with the Population Studies Center at the University of Michigan.

The failure to launch is perhaps no surprise given the onslaught of messages that suggest settling down is tantamount to ripping up one’s ticket to the party. To turn on television or see a movie is to find a smorgasbord of regressive adventures for the single man of every stripe. Movies like “Pineapple Express,” Judd Apatow’s latest celebration of beta male bonding; TV shows like HBO’s hypermasculine pal party “Entourage,” and beer commercials like Miller Lite’s “Man Laws” ads make delayed adulthood seem like a lark—roguish, fun and, most of all, normal. Meanwhile, the denizens of Guyland eat this stuff up, with males 16 to 26 constituting the single most coveted consumer group. As evidence, Kimmel points to the litany of “guysploitation” media, including ever frat-tastic magazines such as Maxim and FHM, and Spike TV, “the first network for men.”

The happy family man, on the other hand, is an alien concept in Guyland, and all too scarce in popular culture. Men like me, who actually embrace married life in their 20s, are seen as aberrations—or just a bit odd. According to a study released last month by the Parents Television Council, prime-time broadcast audiences are three times more likely to hear about people having sex with pets, corpses or two other people simultaneously than they are to see a blissed-out married couple between the sheets. If the domestic man does appear, the study finds, the guy who pants in Lamaze class rather than a stranger’s bedroom is portrayed as freakish, fuddy-duddy and frequently religious: an uptight Boy Scout in a Peter Pan culture. “Today’s prime-time television,” the PTC concludes, “seems to be actively seeking to undermine marriage by consistently painting it in a negative light.”

But while the glorified Isle of Guy makes many men feel inadequate, its attractions are often illusory—or worse. Binge drinking is shown to cause learning disabilities in lab rats; almost 20 percent of college guys said they would commit rape if they knew they wouldn’t be caught, according to a 2005 UCLA study, and fraternity hazing has resulted in at least one reported fatality for each of the last 10 years.

Beyond the practical dangers, the world of twentysomething males can also be an alienating place, where the entrance fee is conformity and the ride is less than advertised. At a waterfront bar on Fire Island, there is gleeful solidarity as the guys chink glasses and catcall en masse to passing women (who resist). But on their own and without their liquid courage, there is also isolation and discontent. A 28-year-old Emory graduate, who declined to be named for fear of ridicule, talked of feeling ashamed of his life, which has led to countless conquests but not the literary success he’d hoped for; he’s living at home in New Jersey and working at a hotel front desk in the meantime. Another guy, 26, an Arizona State alum who lives in Tempe, is a coupon-book salesman, but clearly self-conscious: he carries fake business cards touting him as an MTV entertainment executive.

If only all the posturing paid off. College guys believe that 80 percent of their friends are getting laid each weekend, says Kimmel, whose survey of 13,000 kids, mostly 18 to 22 years old, puts the actual figure at closer to 10 percent. After college, he says, the percentages merely get worse.

Meanwhile, the angst associated with adulthood may not be warranted. A raft of recent studies suggest that married men are happier, more sexually satisfied and less likely to end up in the emergency room than their unmarried counterparts. They also earn more, are promoted ahead of their single counterparts and are more likely to own a home.

“Men benefit from just being married, regardless of the quality of the relationship. It makes them healthier, wealthier and more generous with their relatives,” says Scott Coltrane, author of “Gender and Families” and dean of the University of Oregon College of Arts and Science. It accelerates men’s journey toward stability and security. “In general, those are the things that lead to happiness,” he adds. 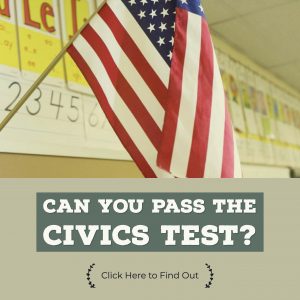 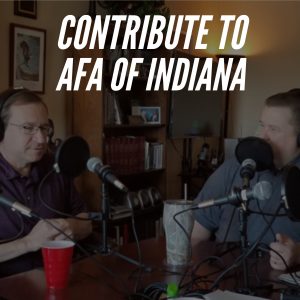 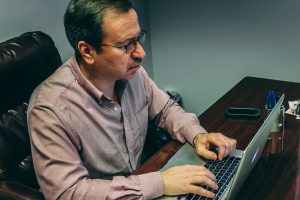